Starting from scratch, and scratching from the start

Last week I was absolutely stressed out about how to spend my days in Hong Kong. I hadn’t originally intended to begin my Watson project in the so-called ‘Pearl of the Orient,’ yet I suddenly found myself here with an apartment already leased for a month and nothing to do. While I may have termed myself ‘funemployed’ mere days ago, I am proud to announce that my status has shifted to ‘fun-employed’ (i.e. occupied in enjoyable ways). I would go so far as to declare that I am nearly too busy—but only in the best of ways.

I have been amazed at the number of people I have met in just two weeks—each one with his or her own fascinating story to tell, and interest in helping me with my project in some way. For instance, I have been assisting Alexis, the composer in Hong Kong, with her work, and so delighted that she invited me to a barbeque she hosted at her home on one of Hong Kong’s outlying islands. The first person I met there, Paiyu, is a Chinese linguist, and as soon as I told him that I have a special interest in as well as previous experience studying Chinese linguistics, he was eager to tell me more about his work, offer to introduce me to other prominent linguists in Hong Kong, and invite me to go out for tea (which I learned last summer actually means go out for a Chinese food feast). He is one of a dozen people in the world who speaks Tangusic languages, and he’s also a Mandarin Chinese teacher, so I’m thinking of soliciting him for language lessons for my remaining time in Hong Kong. The second person I met was Gloria, a graphic designer with an incredibly outgoing personality and eye for style. She wrote to me a few days after the barbecue, and I had an incredible afternoon hanging out with her in her gorgeous self-designed studio apartment (which has been featured in the newspapers here). She showed me her work, and is bringing me to her friend’s art gallery party in a few days—the friend being someone who is extremely well-connected to the Indonesian music scene and regularly brings musicians to perform in Hong Kong.

In the meantime, beyond going to intensive Mandarin tutoring a few times a week and helping out Alexis with her work (as well as playing her own music with her!) I’ve also taken on a new role helping out at the Journalism and Media Studies Centre at Hong Kong University. Thanks to a very close friend with ties to the JMSC, I was able to meet a few of the professors and staff there. After offering to lend a hand in any way I could, I’ve found myself writing press releases for them, researching for their Open Data initiative, and creating an English language press kit for the newest film by an Oscar Award-winning documentary filmmaker in residence at the JMSC.

These are just a few of the dozens of people I’ve met in this short time, and I can but only feel incredibly lucky. That said, it’s not just luck—I’ve been making huge efforts to get out of my apartment and meet people, whether through going to badminton meet-up groups or reaching out to as-of-yet unknown friends of friends (of friends…) I have been wondering whether this all has the forces of destiny colliding in incredibly auspicious ways, or perhaps just a product of how dense and bustling Hong Kong is. I’d like to think that a significant factor contributing to my ‘success’ is being willing to be open to these chance encounters with new people. School has always provided me with a built-in network of peers up to this point, so I never have had to look very hard to find friends, colleagues, and confidants. Now, I’m starting from scratch, and in a city this big no one is going to reach out of his or her own volition. My hope is that by practicing making connections now in a very connected place, even when I travel to more remote places, I’ll already be comfortable asking for help and reaching out to new people.

And now! perhaps the most exciting and Watson-relevant part of all—I have officially started erhu (Chinese fiddle) lessons, and am the eager renter of my very own erhu! Speaking of taking risks and reaching out: taking erhu lessons was never part of my original Watson year plan, but when I realized I was in Hong Kong with nothing to do a little over a week ago, I figured the time was ripe to launch into trying out a new musical style. I have listened to erhu music for a few years now, and actually really love the sound—and through a little research I discovered it is tuned in fifths, exactly like a violin. So delving into the world of erhu was basically a no-brainer. Finding a teacher was a little trickier—Alexis, who has been taking lessons for five years now, asked her own teacher but didn’t get a response. So, after googling “erhu teacher Hong Kong” in both English and Chinese, I came up with a shortlist of options. I decided to start first with the music school that is a two-minute walk from my apartment—small steps, you know? Not really sure what to say, I braced myself for impending awkwardness and walked into the music school, which is tucked away in a dilapidated commercial building bookended by hair salons. A teacher poked her head out a practice room, where a pint-sized violinist scratched away at Suzuki Book 1 repertoire. “Hi, uh, I’m a violinist, and I just graduated college in the U.S. and I’m here in Hong Kong now working on a project to study different music cultures, and I wanted to take erhu lessons,” I babbled. “Is that possible?”

“Uh, no, I wanted to take music lessons, on the èrhú!” I emphasized my tones.

“Oh, you want to take èrhú lessons! Ok, ok! We have an èrhú teacher,” She handed me a brochure with a list of prices, which I thanked her for profusely and pocketed, promising to think about it and come back. I deliberated on the pros and cons; I wished I could take a lesson with all of my potential erhu teachers before I committed—how could I know whether I would like any of them, or that they were any good?—but I had had a positive feeling from that brief interaction, and also figured that a) I didn’t need the best, most advanced teacher to learn the basics, and b) if he/she was terrible, I could find a new teacher. (Also, it is hard to beat the commute.) Ultimately, I justified to myself, it was a low-risk investment in a low-risk investment.

So, a few days ago, I went back to the school and signed up for four lessons sight-unseen with one “Mr. Yip.” I pictured a crusty old man who was born clutching the two-stringed fiddle; spoke Cantonese, basic Mandarin at best, and of course no English; and a harsh disciplinarian with penchant for rapping students over the head at any missed note. Thus, I was pleasantly surprised to discover Mr. Yip, or Nick, as he introduced himself, is a cheery 30-something-year-old who has been incredibly patient, thorough, and generous in my lessons so far. For one, I signed up for 45-minute lessons—so far, each one has exceeded two hours! And to be clear, much of that time is spent with him watching me bow long open notes repeatedly, correcting my bow hold and technique, and then doing it again. The man has the patience of a saint. That said, I think he’s excited that I’m coming into the lessons with 15 years of violin technique and music experience—I have a sense of intonation and musicality that I can bring (if not currently deliver). Much of the technique does translate, though certain elements, such as the bow hold, are radically different and going to take some practice for me to grasp. There are so many things, like the swooping slides into and between notes, that are completely foreign to music I have played before. I told him, “It’s been a long time since I sounded this bad.” Before now I was primarily practicing solo Bach sonatas and partitas on the violin, so now that I’m practicing erhu I’m sure my neighbors are wondering if I developed instrumental amnesia and forgot how to play. I will brag, though, that in my second lesson, he taught me a piece that he purportedly teaches most students at least three months after they have started learning the instrument—so I think that if I stick with it, I could definitely make some real progress!

In any case, I’m having a blast. I’m still not sure what future holds, but for now I’ve got a terrific gig meeting interesting people, toting multiple stringed instruments onto island ferries, and terrorizing the neighbors, so I’m just going to relish it. 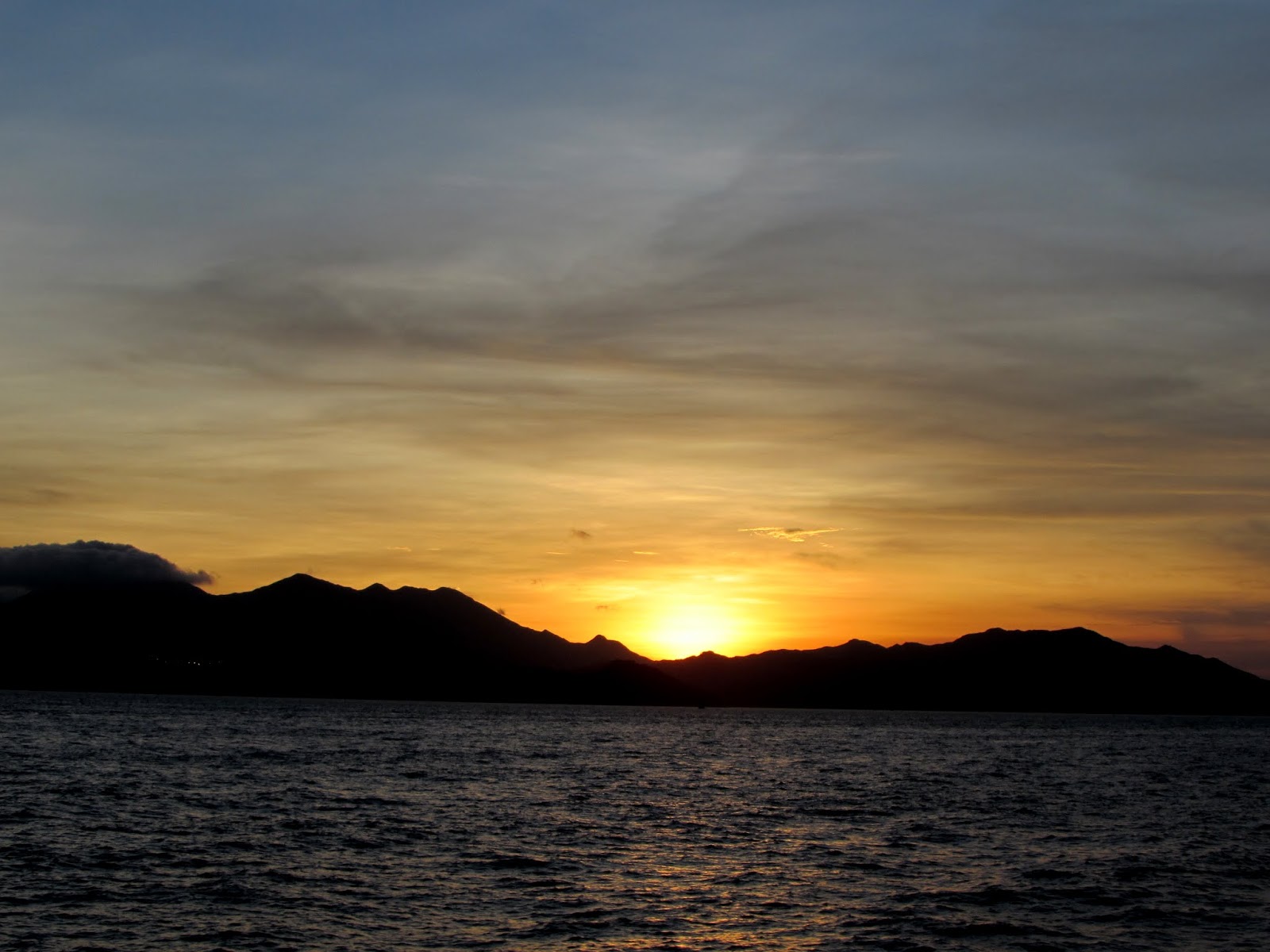