25 Under 25: Rising Stars in US-China Relations

I wanted to share some good news: I am featured as one of China Hands magazine's 25 Under 25: Rising Stars in US-China Relations!

China Hands is a Yale University student publication and platform for discussing Sino-American relations and China-related issues. From the issue:

"This past summer, China Hands began soliciting nominations for its second list of rising stars regardless of field or endeavor....We received more than 80 nominations by late August, which were initially screened by the magazine’s editorial board and then forwarded to our esteemed judging panel for a final evaluation. Candidates were then assessed on their academic achievements, extracurricular and professional experiences, and leadership potential (defined as demonstrated capacity to contribute positively to the US-China relationship)."

I was surprised and delighted to have been nominated and chosen for this honor, and am grateful for the write-up about my current project! I was also happy to see some friends among the other featured 25 Under 25, including my classmate and dear friend Christine Keung, who is currently doing research on waste management in Xian, China, on a Fulbright Scholarship. You can read the entire issue at: www.yale.app.box.com/ChinaHandsFall2014 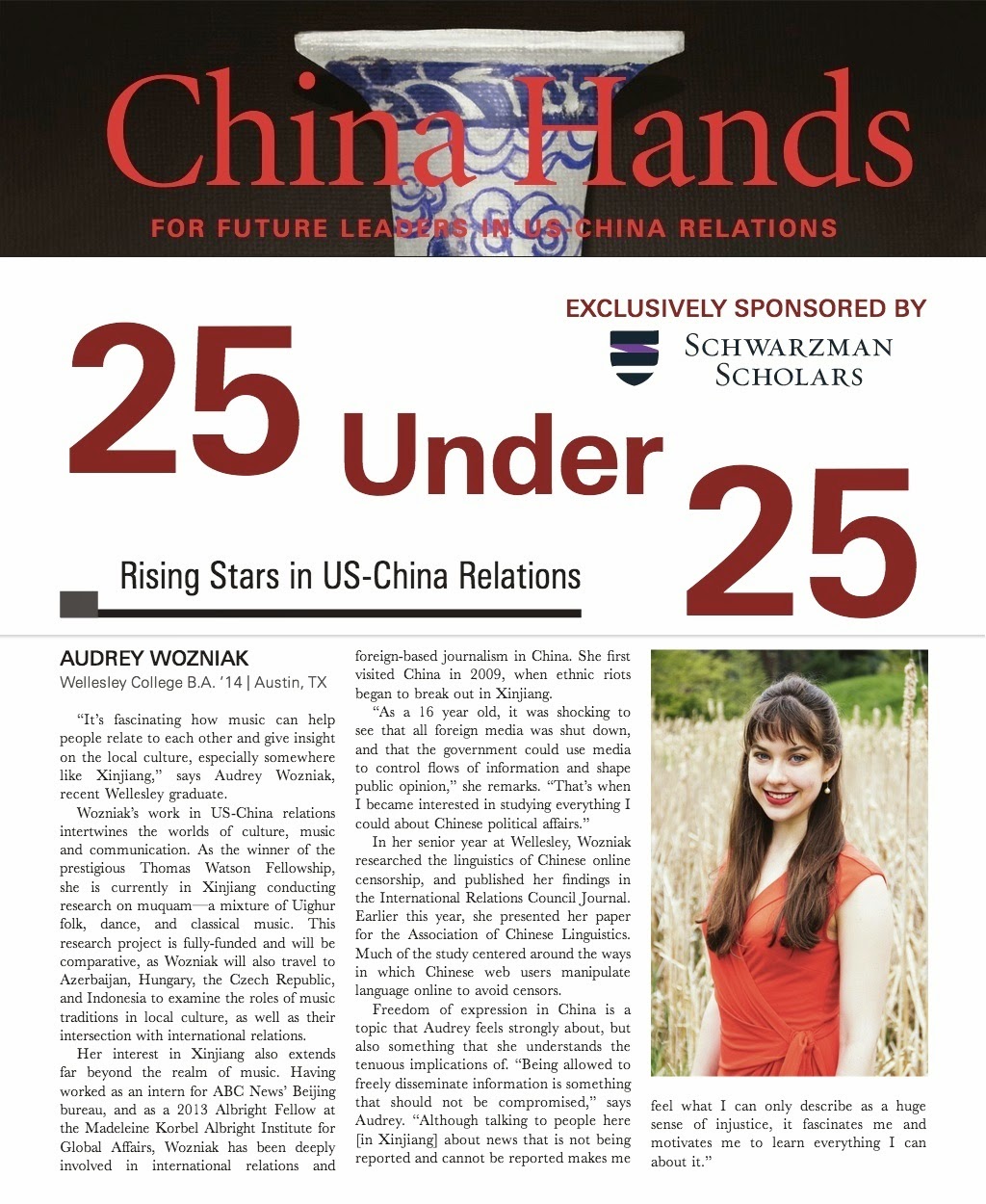