Notes from the (Silk) Road

Hello from the sleeper compartment of an overnight train from Shanghai to Xian. I have been away from Urumqi for a week and a half, and this train ride marks the start of my slow return to my current home base in western China.

It was a perfect time to leave for a while—the weather was frigid, the heating and internet were completely out in the apartment, I was literally out of money, and despite having some positive relationships with the people around me, I was feeling pretty isolated, not to mention downtrodden because my progress on the ghijak is going so slowly (more on that later). And I couldn’t have come up with any better reason to get away—I was headed to Taipei, Kaohsiung, and Shanghai to travel with Yo-Yo Ma and the Silk Road Ensemble on their Asia tour.

In the spring of this year Brooklyn Rider, a quartet of four fantastic musicians that breaks away from the traditional notions of classical chamber music, spent a week in residence at Wellesley. I was lucky enough to work with them in master classes and attend their concerts on campus that week, and during that time had the chance to talk to them about their experiences working with musicians from other musical cultures and playing music influenced by multiple musical traditions. I quickly became good friends with Nick, one of their members, who told me that they are also members of cellist Yo-Yo Ma’s multicultural music collective, the Silk Road Ensemble, and invited me to come to their sound check and performance at Harvard a few weeks later. There Nick introduced me to some of the ensemble members, including Yo-Yo himself, who told me about his enthusiasm for my Watson project and encouraged me to keep him posted as I went along on my adventure.

Nick has been an unbelievably thoughtful and generous friend, advisor, and resource, and we have stayed in close touch, especially as I have undertaken my Watson project. When he told me that the Silk Road Ensemble was doing an Asia tour and invited me to join the tour, I was truly amazed and grateful. And so, last week I booked it out of Urumqi and arrived in Taipei to await the arrival of the Silk Road Ensemble from Korea and Japan. I spent a few days getting my bearings by drinking bubble tea and exploring the famed Taiwanese night markets with my friend Ty, who is on a Harvard-sponsored fellowship to farm with Taiwanese aborigines. From efficient and clear public transportation to lamb-free food, and from a paranoia-free populace to gorgeous weather, I actually experienced some culture shock coming from Urumqi to Taipei. 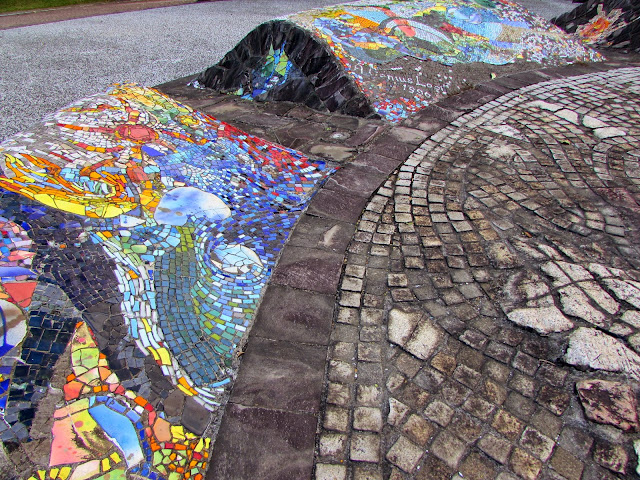 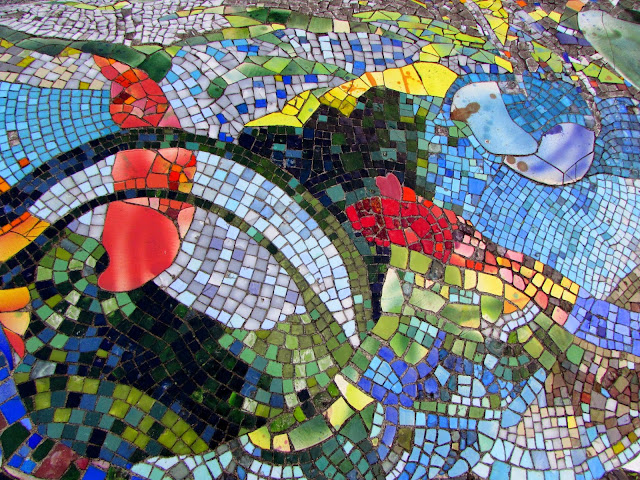 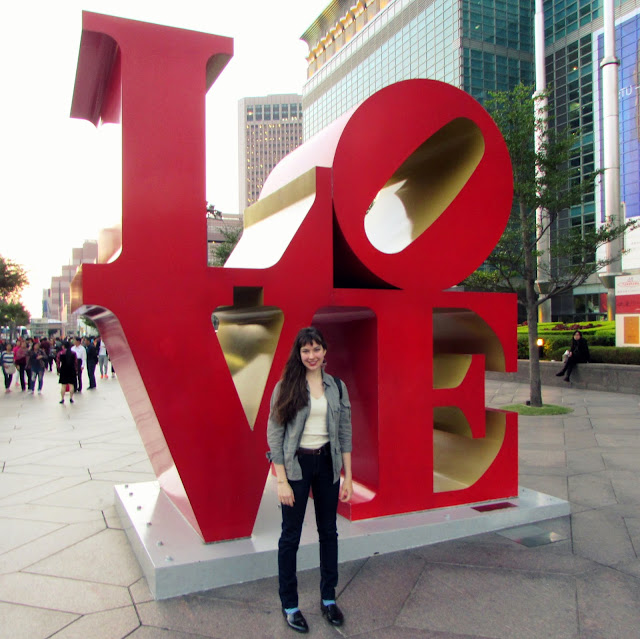 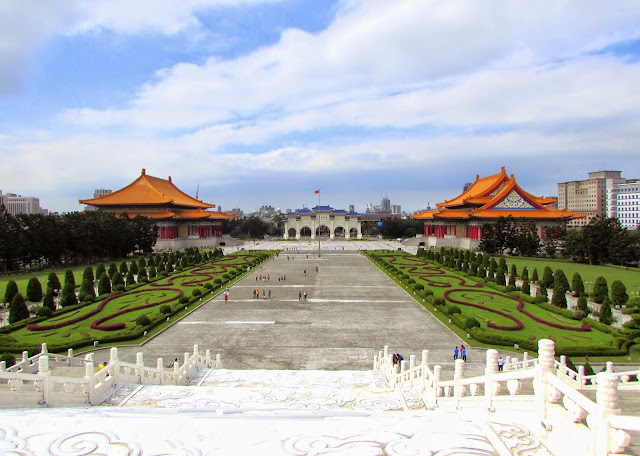 And then it was tour time—for the last week I have shadowed the ensemble, attending their rehearsals, sound checks, run-throughs, press conferences, and performances, and hanging out with their members in their downtime. It wasn’t always glamorous; the many-hours-long sound checks, in which the ensemble members would work with the sound technician to adjust sound levels in their monitors and balance in the concert hall for each piece on the program, were grueling to sit through. The players were scheduled to return to Taipei after their concert in Kaohsiung, and so after making some significant cuts to the program there was a mad scramble to make the train—a crazy hustle that got us on board with just a few minutes to spare. 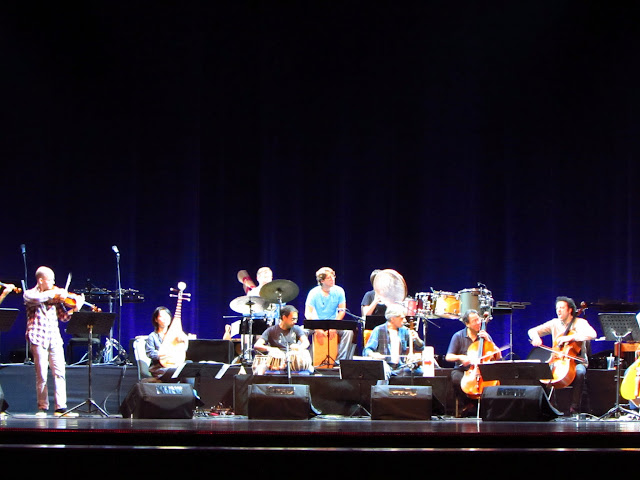 But the highs were high—beyond ritzy hotels and sumptuous dinners, the ensemble’s performances and ability to connect with the audiences wherever they went were absolutely striking. I can’t at all convey the audience’s sheer awe and amazement in Kaohsiung at hearing the duet between Yo-Yo playing the Bach Cello Suites and Wu Tong singing and playing a Taiwanese folksong, or the overpowering rhythmic applause in Shanghai as the audience egged on the duel between the sheng (Chinese mouth organ) and tabla (Indian drum) players. 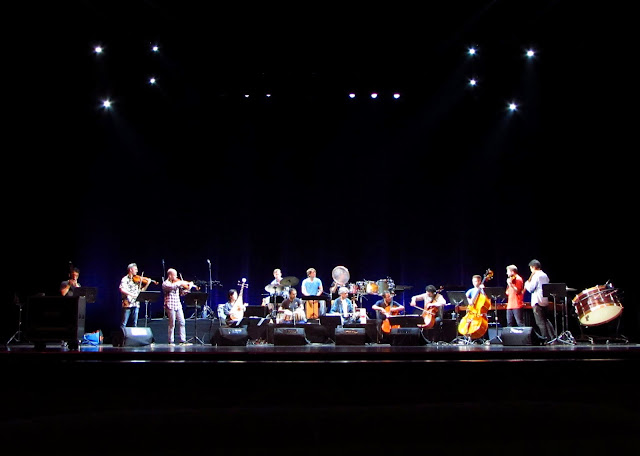 I am listening right now to the Silk Road Ensemble’s recording of “Atashgah,” a piece composed by Brooklyn Rider’s Colin Jacobsen for Iranian kamancheh (spike fiddle, similar to ghijak) player Kayhan Kalhor and two violins, viola, cello, bass, and percussion. It’s extremely frustrating to listen to the recording after having heard “Atashgah” live at least half a dozen times in the last week; the work’s beauty is largely due to how natural and organic it feels, from the gradually layered pizzicato with which the piece opens to Kayhan’s haunting improvisations in the kamancheh solo passages, which obviously rendered each performance in the tour unique and unable to be replicated. It’s not that what I’m listening to now isn’t a lovely recording, but it’s just that—a recording, a record of one time the players played the piece together, rather than a shared, in-the-moment experience of the musical dialogue between players and the audience. The interactions between all of the Silk Road Ensemble players during their performances were tangibly cooperative—each player’s individual performance onstage influenced his or her fellow ensemble members’ musical interpretations, whether in how a melody was passed from the pipa to the cello or how the drummers responded rhythmically to the tabla player. That energy and symbiosis is arguably the greatest strength of the group, and the source of their success. In their performances, the Silk Road Ensemble shows that players from the most seemingly disparate of musical traditions can find ways to relate to one another, and that the players’ unique backgrounds do not inhibit, but rather enhance, the entire group’s ability to communicate.

I am still processing how incredible it was to travel with the Silk Road Ensemble. Observing and hearing their playing was an unbelievable opportunity, and I feel even luckier that I developed relationships with some of the ensemble’s members during these last few days. There are some things that can only draw people closer together, like helping the tabla player get a blind massage in the park by the Kaohsiung concert hall, or cheering on Wu Tong, the ensemble’s sheng player and singer, as he sang karaoke to his own commercially successful Chinese song (i.e. watching Billy Joel sing “Piano Man” at karaoke). It was really amazing to talk to the musicians about their individual experiences of music and thought process as they brought “outside” influences into their own musical interepretations. I am particularly grateful that I got to spend some time talking with Kayhan, the ensemble’s kamancheh player, about my Watson project. I have been extremely frustrated that I am not making substantial progress in learning to play the ghijak; a lot of it has to do with the fact that Uyghur musicians have attempted to apply Western music conventions to music education. I am practicing from a book of pieces for ghijak written with Western musical notation, which doesn’t come close to capturing the nuances of the ornamentation and embellishments. In lessons my teacher plays the piece I am working on once, goes on long tangents about the history of muqam and how his struggles to make ends meet and inability to buy a house threaten his sense of masculinity, and then tells me to go home and practice, not acknowledging that the way in which he plays the same piece is far more complex (and also that I don’t have enough of a foundation to replicate what he does). I can’t help but feel that I picked up erhu much quicker than I am acquiring ghijak. I’m also fed up with how opaque and bureaucratic the entire school system is; I’ve complained before about classes getting cancelled sporadically and having immense difficulties accomplishing minor tasks. 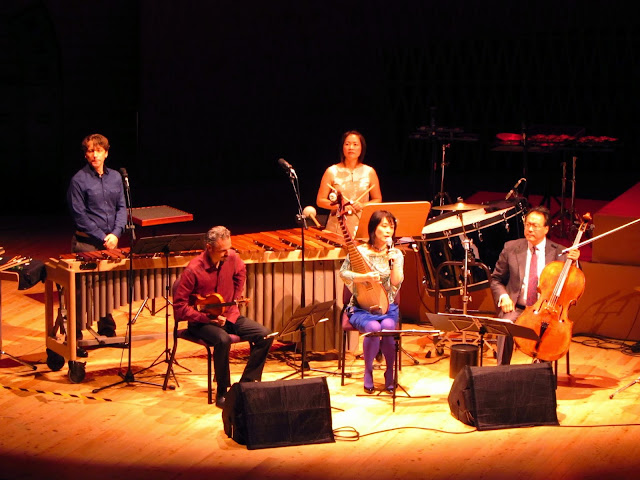 I vented to Kayhan, whose instrument is quite similar to ghijak and who has worked extensively with musicians in Central Asia and the Middle East. He sympathized with my concerns that the post-Soviet and Chinese music conservatory style of teaching muqam music has seriously damaged the musical education process. We also talked about how dominant ethnic groups pigeonhole ethnic minority groups based on stereotypes of their music and art. In the case of Xinjiang, there is virtually no market for Uyghur music beyond the Uyghur communities themselves, save for the annual nationally televised New Year’s showcase of ethnic minorities. This politically-informed gauge of what will be well-received, what’s appropriate, and what sends the “correct message” is shaping the Uyghur musical canon (and apparently the musical traditions of other ethnic minorities across China, though I cannot speak about those firsthand). It is degrading when an entire group of people is reduced to a few token songs and dances with funny hats. As someone attempting to learn and replicate Uyghur musical traditions, I am frustrated and distressed that Uyghurs themselves are facilitating the whitewashing of their own musical culture in order to scrape together a living.

Kayhan and I talked about these concerns for a while, and after I told him that I was planning on studying music in Azerbaijan in the spring, he told me I shouldn’t go. “What will you get from Azerbaijan?” he asked, mentioning low English levels, the inflexible and standardized teaching methods for folk music education, and general dearth of cultural and social outlets for me. “The conservatory in Baku will be just like Urumqi—it’s the same story at all of these post-Soviet music schools.” He recommended instead that I go to Istanbul, Turkey, and the Greek island of Crete, saying that both would be a better experience for me overall, musically and socially. He offered to connect me with contacts in both places, including a Turkish kamancheh player and a Cretan lyra player. At this point, I am definitely on board for Crete—the teacher I would hopefully study with is an Irishman who has lived there for 35 years and has a music school where he hosts musicians from around the world. This plan also appeals to my inner child—I was obsessed with Greek mythology growing up (let’s just say that I got a perfect score on the National Greek Mythology Exam). The idea of going to Turkey sounds amazing, too, though it’s a little harder to conceive of just because I am so unfamiliar with its culture and history. In terms of Azerbaijan, I don’t want to make it sound like I will toss in the towel when things get difficult, but the truth is that I don’t really have a clear conception of how I would undertake my project there, nor do I feel a need spend time in Baku purely for the sake of being in Baku. My Watson project is such that I can carry it out wherever there are musicians willing to play. Thus, if I do have a connection and a solid foundation for my project in Crete, why reinvent the wheel? (Also, I so miss island life.)

During the tour I also loved spending time with Yo-Yo—he is revered as a god by the audiences in Taiwan and China, yet he is absolutely genuine, funny, and humble in person. He’s completely ambassadorial in that he puts the people around him at ease and handles every social situation with humor and grace. It was also hilarious to see him cutting loose and cutting up with the Silk Road Ensemble—after the last concert in Shanghai, the ensemble was sitting on the tour bus waiting to depart for a final dinner party, when from the back of the bus Yo-Yo declared loudly, “We have seven minutes! If there’s not a drink in my hand in seven minutes…Audrey! Do something!” When I was saying goodbye to him as the ensemble was parting ways for good, he hugged me and thanked me for joining the tour.

I assured him that my mom already does plenty of that.

“Make sure to watch your drink. Be careful of strangers!”

I promised I would, thanked him for an incredible experience, and told him I sincerely looked forward to seeing him again. 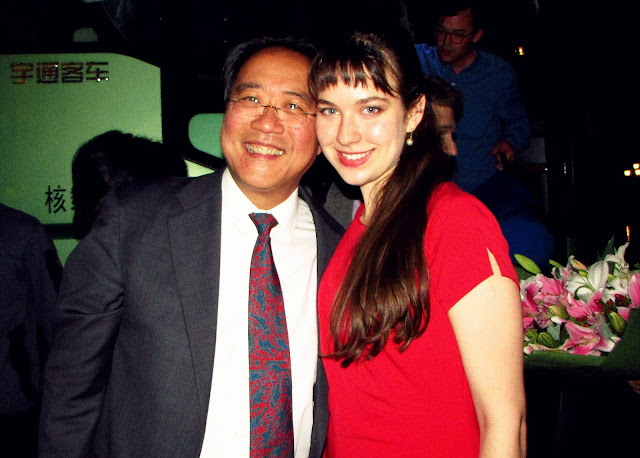 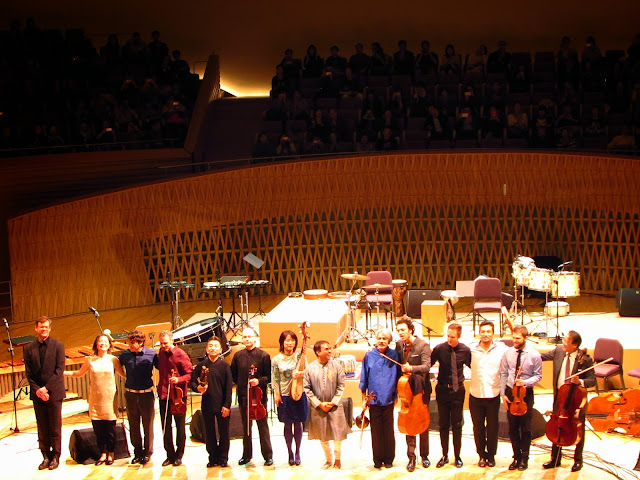