While it was difficult making the choice to leave Urumqi earlier than I had planned, in these last few weeks seeing the connections as well as musical and linguistic progress I have made in Xian has affirmed that this was a good move, literally.

I am currently unofficially affiliated with (read: loitering around) the Xian Conservatory of Music thanks to Liu Zhang, a faculty composer who has gone above and beyond to connect me with students and resources at the school. He has been incredibly generous, driving me to and from the airport multiple times, finding me housing in Xian on about one week's notice, and connecting me with many of his own students who have quickly become my good friends (as well as erhu teacher and violin student). For the first time I have been having a complete Chinese immersion experience, as around here I don't encounter anyone who speaks English beyond basic greetings. It has been exhilarating to experience my own Chinese proficiency increase daily; my Chinese is probably not becoming more pleasing to the ear, but my ability to interact verbally with unabashed confidence continues to grow while any shame I have about speaking a language I'm not fluent in is certainly shrinking. And everyday situations and obstacles are definitely expanding my vocabulary—when I sprayed myself in the face trying to get the washing machine to work I learned the hose is called a guǎnzi (管子), when I helped my beginning violin student with her bow technique I learned to tell her that her pinky finger should be wānqū (弯曲) and not straight, and when my friends in Xian went out for dinner and marveled at our good fortune to have met, I learned the word yuánfèn (缘分)—destiny.

I’ve been taking regular lessons with Zeng Chu, a petite girl who is a terrifyingly fierce erhu player (she’s come in second place in national competitions and played erhu for stadium concerts with pop star Wang Leehom). She has proven a tough but wonderful teacher—our first lesson was an hour and a half of playing open notes while she corrected my bow technique. By our third lesson, she remarked that I had made some improvement: “Finally it looks like you’re playing like an erhu player, not a violinist!” Zeng Chu pays attention to the smallest details and is enthusiastic about making sure I grasp the fengwei, or distinct local flavor, of the music. She also draws comparisons between Chinese musical ornamentation and regional cultural and linguistic variations, likening the relatively lyrical and melodic Jiangnan musical style to the lilting accent of the region and asserting that Mongolian music is more brusk and forceful because of their fatty meat-based diet. Still, I find that musical interpretation is becoming more intuitive. Once she had me pull out my violin and play the same passage I was practicing on erhu.
“Show me how you Western musicians would play this part.”
I obliged, not only putting in the requisite trills and slides, but also taking liberties with dynamics and phrasing—intense vibrato one moment, a breath before reentering the phrase much quieter.
“See!” Zeng Chu exclaimed. “How you naturally play this piece on violin is not so different from how you should play it on erhu!”

In addition to working on Chinese erhu music (and staring at my bow arm in the mirror while playing long open notes), I have also had a blast with Zeng Chu playing baroque duets for two violins on erhu and violin. I showed her Telemann’s Gulliver’s Travels Suite, which portrays the giants, tiny people, and other characters from Gulliver’s Travels through creative musical methods (for instance, using outlandish time signatures such as 24/1 to render “giants” as whole notes in the written music). We sight-read the duets for fun, and actually didn’t sound half bad! She had such a good time that she asked me to bring more duets for us to play. I’ll try to record us next time!

These days I have been both student and teacher—I have a beginning violin student, Yusi, who is another student of Liu Zhang at the conservatory. She is a pianist and singer, and apparently a desire to become a violinist as well. Although she has a musical background she has never played violin before, so we started from square one: Twinkle Twinkle Little Star. I am a product of the Suzuki Method of teaching music, so I’m doing my best to draw upon my own experience to teach Yusi. It has been enjoyable and nostalgic to hear such blasts from the past as “Lightly Row” and “Long Long Ago,” since the last time I played them I was preschool age. I’m lucky to have Yusi as a student—she is completely focused and extremely diligent about practicing, and she already has an ear for music. In other words, my job is more to teach her violin technique than to impart the overall concept of music-making (though I certainly enjoy the latter).

One thing that has been fascinating and a bit disturbing to learn about through my now two unofficial affiliations with conservatories in China is the extent to which under-qualified students make up the student body of music schools. Because admission standards to good universities in China continue to increase along with the exponentially growing number of applicants, students sometimes look to music conservatories as easier routes to obtain a college degree. The gaokao (college entrance examination) standards are much lower for music schools; even more than that, money talks--families with financial means often pay hundreds of dollars for lessons (and thus to develop guanxi, or connections) with conservatory teachers to ensure their children's admission. Music schools in China are notoriously expensive with very few partial scholarships awarded annually, and so the schools' faculty members view students as veritable cash cows. Even after admission, teachers sometimes encourage students to take expensive "supplemental" lessons with them or to give them lavish gifts to guarantee high enough marks on year-end tests. A faculty member at the Xian Conservatory (who estimates about 20% of his fellow teachers financially exploit their students) told me his sister, a current student, was pressured into purchasing a 2000 RMB (around $325) necklace for her teacher before her final exams last year. Trying to break into the arts world also subjects students to other vulnerabilities; I have also heard firsthand multiple anecdotes about exploitative or even nonconsensual personal relationships between teachers and students at conservatories from friends at three arts and music institutes in China.

To add insult to injury, musical standards are apparently dropping annually at the Xian Conservatory. The same professor told me that many students enter not knowing how to read musical notation, while another current student told me that about 60% of her classmates paid their way into the school. I heard a similar figure describing demographics at the Xinjiang Arts Institute--my friends there estimated that half of the student body had paid their way in. I have attended a handful of student recitals at the Xian Conservatory these last few weeks, and while some players have blown me away with their high-level performances, others were frightfully mediocre. It's hard to conceive of committing four years of your life entirely to music if it is not your passion; it's also difficult for me to wrap my mind around the fact that a music conservatory (theoretically a place specifically devoted to students honing their musical talents) would allow, and perhaps even promote, a non-meritocratic admissions environment.
*

I have gotten behind on writing my blog as of late. I can partially attribute it to being in a transient state--I took a weekend away to go to Shanghai (I used getting a Japanese encephalitis vaccine as an excuse to go see my dear friends Helen and Yuting again)--but also a deeper sense of impermanence and lull as I confront my next big move for my fellowship. I haven't been practicing as regularly for the last few weeks, and have found myself somewhat unmotivated to "do" anything productive. My one daily guarantee is that I'll be speaking a lot of Chinese, whether teaching my violin student, doing Uyghur dance with old women in the nearby public square, or roaming around the outdoor nightmarkets as I have been frequently.
I'm not too worried--I had a low week or two like this in Hong Kong, and ultimately came back from it more energized than ever. Still, it's bittersweet and frustrating to feel like I am passively observing the end of the year, and even more imminently, the end of my time in China. Nonetheless, I can appreciate the significant strides I have made in Xian--in these last few weeks, it has been incredibly rewarding to find confidence in my Mandarin language ability, and to develop meaningful relationships with people with whom I can't speak English. I no longer feel constrained by my vocabulary--it's by no means expansive, but now I don't fear that it will inhibit my ability to express complex thoughts and opinions. In particular, I marvel that I have been able to discuss how people make and experience music and the world using a completely different vocabulary, and therefore think about my own process differently as well. Being able to talk with Zeng Chu about relaying musical expression and hearing her marvel that our ways of thinking about music are so similar is a huge affirmation that we can understand each other, despite our apparent cultural differences, in terms of language and in terms of music. 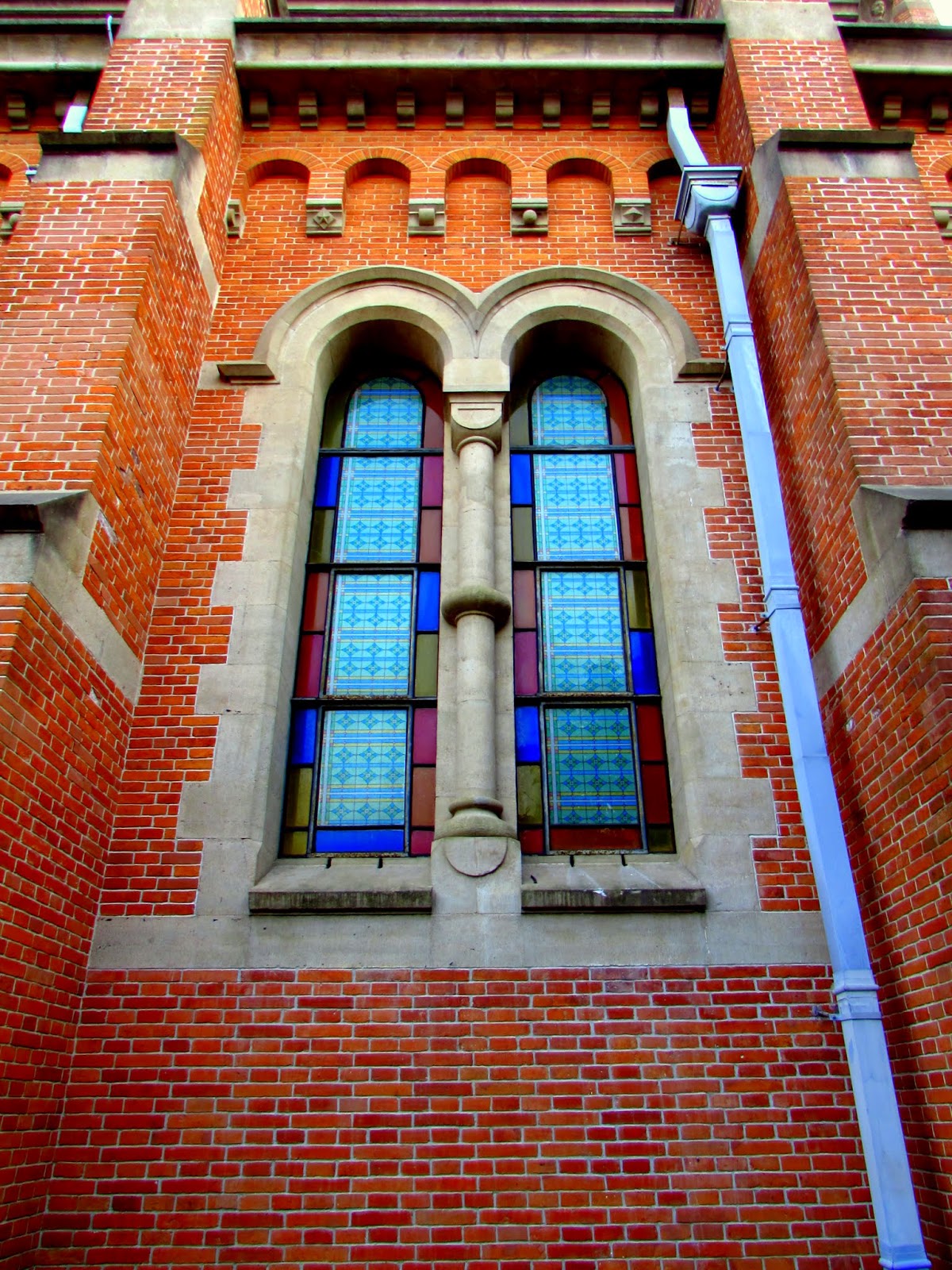 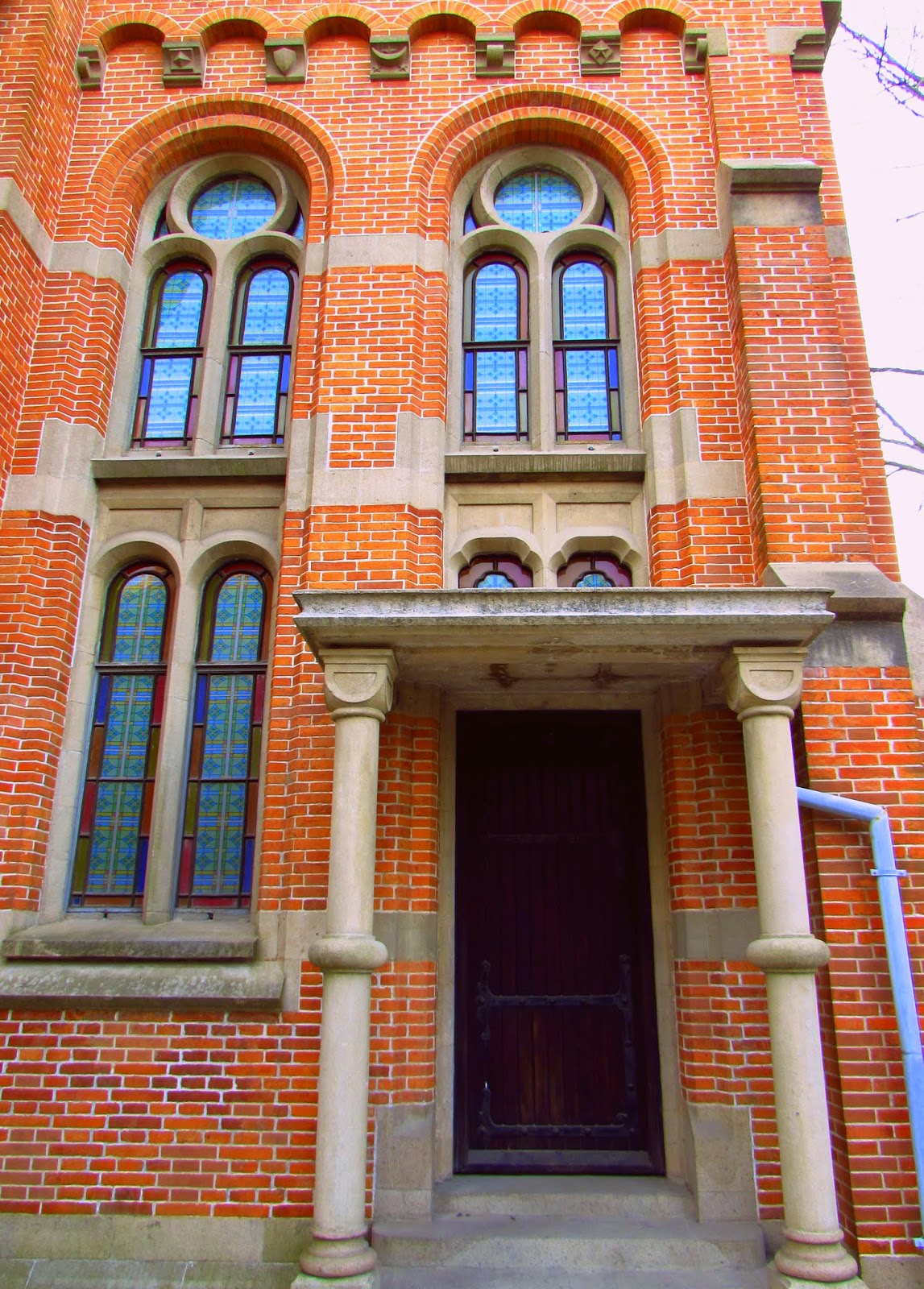 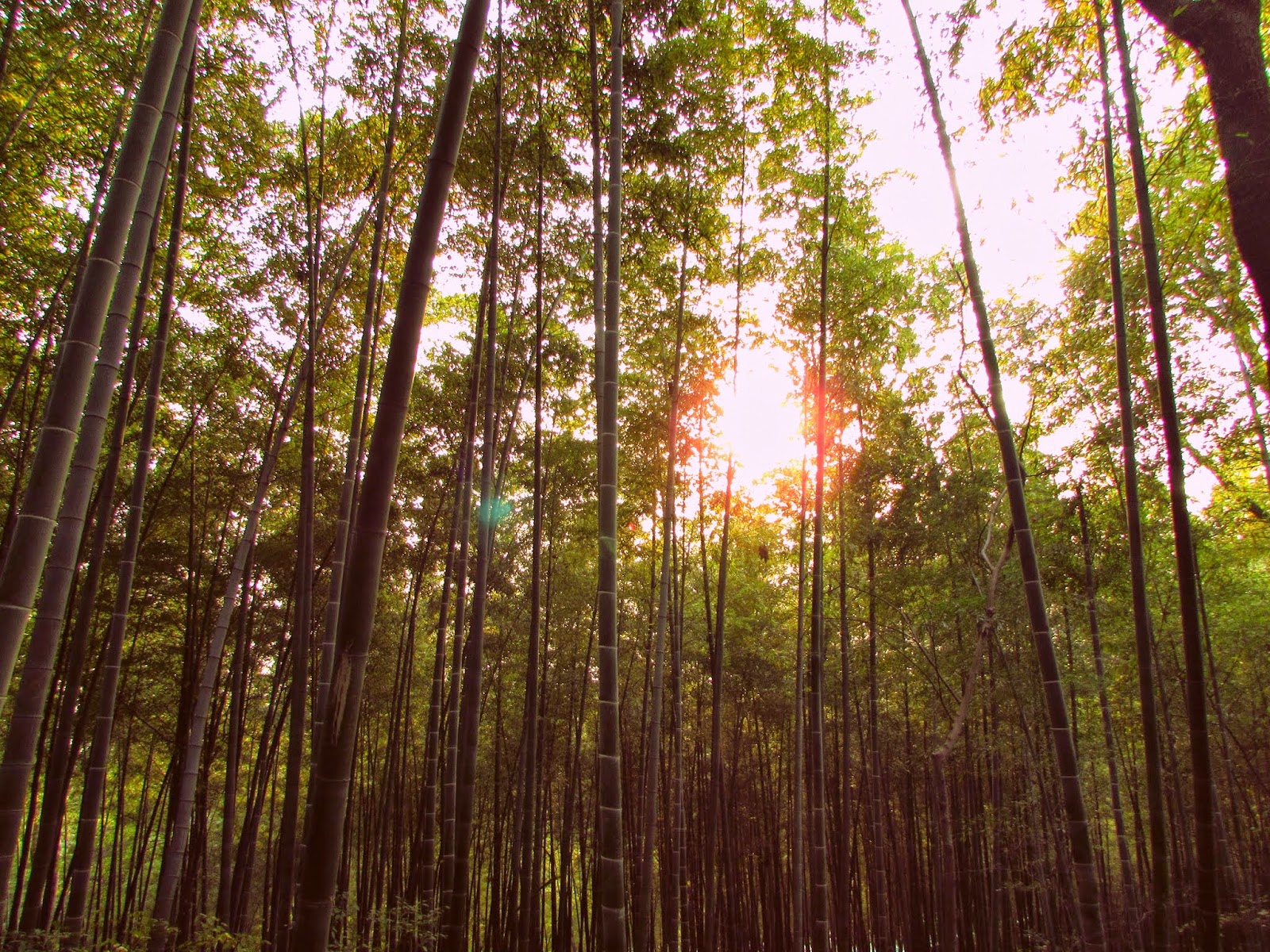 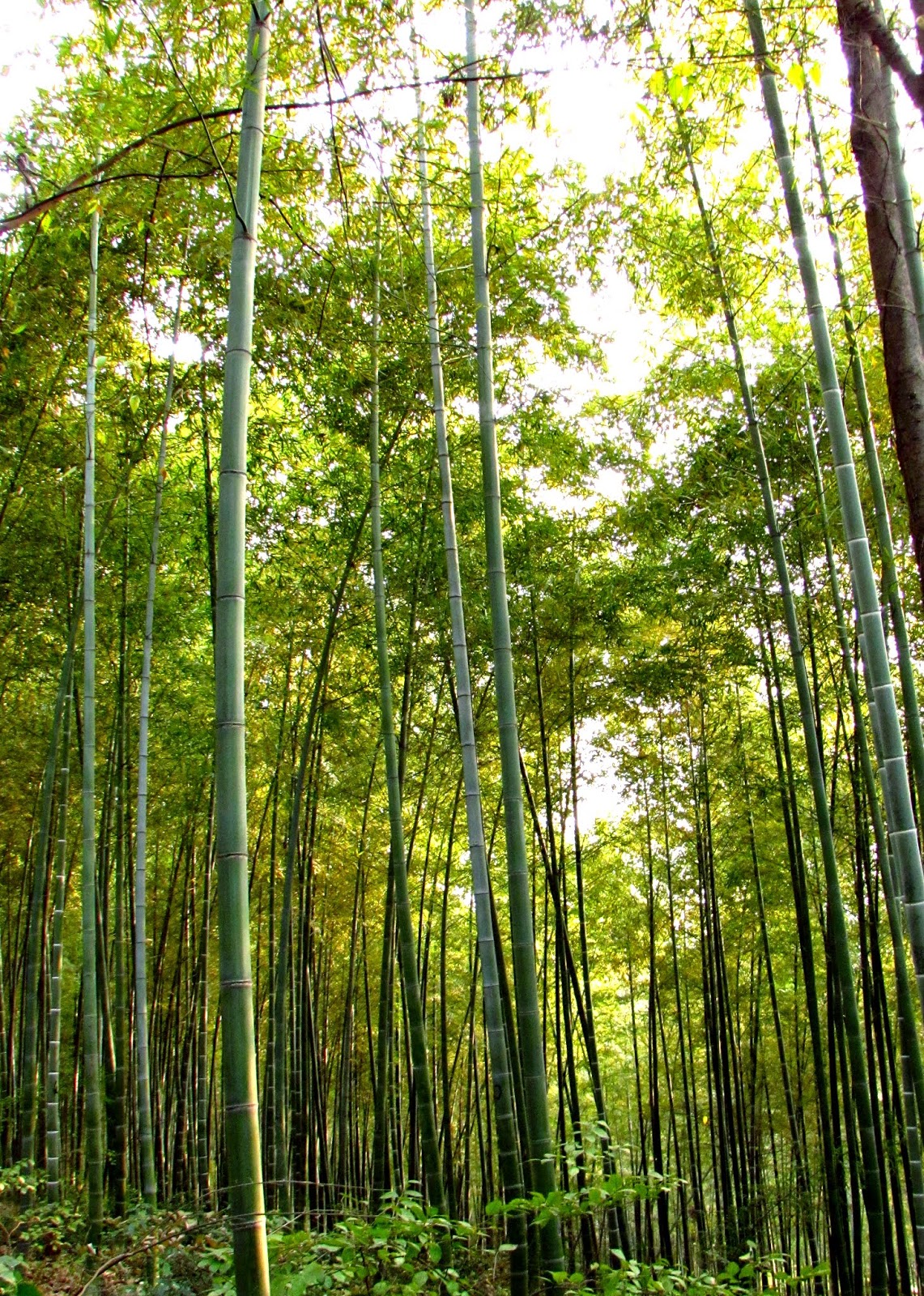