Up in the air / homecoming 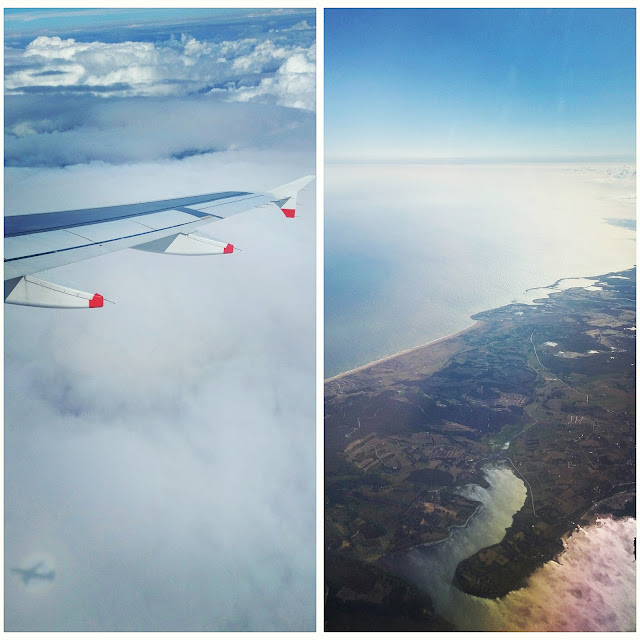 I am forty thousand feet above the ground and have four hours before I am back home for the first time in 372 days. I don't know if I have the words now to describe what that feels like. I feel depleted, heartbroken, grateful, unprepared, ready, excited, bewildered, and most of all, exhausted as this enormous jet soars somewhere over the Quebec airspace. It's impossible to process the last weeks of this experience, much less the year in whole and the impact it will have on my life as I go forward (and what going forward even looks like). I will save that processing for after I get a full night of sleep (or a few). For now, I think back on my last month in Istanbul.

I never completely found my footing in Istanbul. I continue to be struck by how massively sprawling and diverse the city and its culture is. It was always foolish to think that I would be able to get a handle on the musical traditions of the city in a few short months, but as the end of my fellowship approached and I encountered more and more musicians, I grasped that it would take multiple lifetimes to truly absorb the breadth and depth of musical cultures and traditions in Turkey. In my first month and a half in Istanbul, I focused on studying Turkish classical music, which in and of itself has a rich, centuries-old tradition that requires thorough understanding of hundreds of makams--to play Turkish classical songs, you have to be knowledgeable about the set of pitches in the song and how they behave depending on the melodic direction, as well as proper ornamentation and articulation conventions—and if you want to improvise in this style, you have to know all of these things so innately that you can create new expression within the existing musical framework. It's a fine balance that requires a lot of skill—have enough knowledge of the rules and existing repertoire as well as ability to perform them so that you can use them, tweak them, and break them in an intelligent and evocative way that is relevant to the tradition and communicates with the audience.

It was this musical tradition that I was broaching with my primary hocas (teachers), Necati Çelik (oud player) and Baki Kemancı (violinist). Every day I met with Necati, he would give me two pieces in a new makam/scale system to learn, and we would play them together a few times as other students, friends, and musicians would stream in and out of his office to talk and just listen. It was fascinating to work with Necati, who is simultaneously a very warm and generous person and also a traditionalist rooted in a personal mission to preserve and spread Turkish classical music as well as older traditional Turkish values as well. It was frequently frustrating to work with him because although I know he respected me as a musician, he could be very critical, impatient, and a bit patronizing (though never in a mean-spirited way). I came to realize that a lot of what he says probably just doesn't translate well, and from that point on I was more amused and offended when he would exclaim, "Why do you keep making the same mistakes?" I remember him taking my face in his hands one afternoon: "Audrey, I love you. You know nothing." Still, it was clear that he was hard on me because he was impressed with my playing and believed in my potential. During Ramadan, the thirty day Muslim holiday that requires observers to fast while sun is up, Necati invited me to his iftar dinner (a literal break-fast) for his friends and family. After the dinner, held at a fabulous mansion that used to be a meeting place for teachers, in front of everyone he invited me up to play classical music with him. It was a huge honor, as over sixty of his students, friends, and family members were present and I was the only one (besides his son) he invited to play with him. 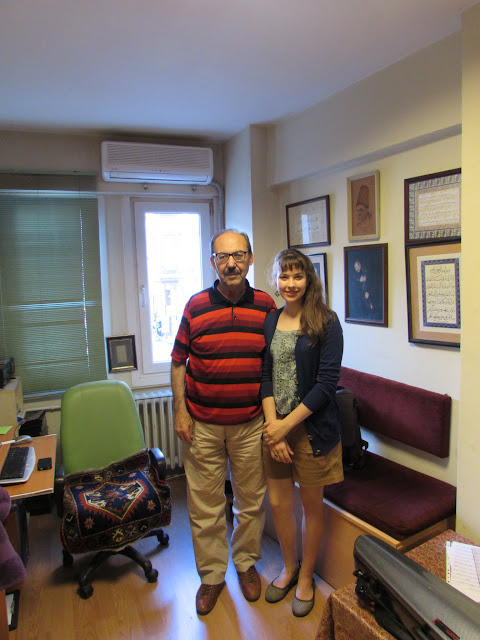 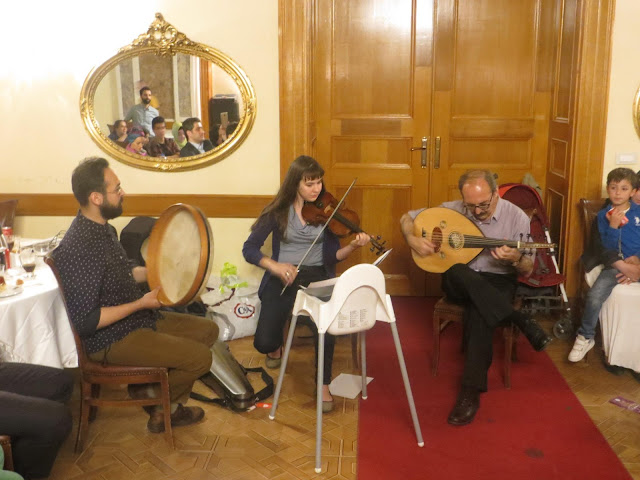 At the same time, I was working with Baki, who is renowned as a violinist for his skill and flexibility as a musician—he is an excellent player of Turkish classical music, but he can also perform many other (more popular) styles, including Roma, jazz, Indian, Irish folk...His family is Roma, and when I told him I wanted to learn some songs from that tradition our lessons got flashier and flashier. He started writing out belly dance tunes in complicated (for me) time signatures (five beats, nine beats, etc.) that we would play at gradually quickening tempos, all the while adding showy embellishments. We would play a piece faster and faster until it was a whirlwind that would get even the most stoic listener to start tapping his toes...except for Necati. When I made the grave mistake of showing him some of the tunes I was learning with Baki, it was as if I had insulted his very essence. "Sevgili [dear] Audrey, you have been playing music for so long, have been studying violin for such a long time, I don't understand why you are learning this. You are wasting your talent. You have forgotten everything I have taught you. You are too good for this music." He went on: "Next time you come I hope you will be just my student. You are studying with many people and it is making you confused." I quickly tried to save things by assuring him that most of what I was working on with Baki was Turkish classical music, but still it felt like I had made a gross misstep. It's not just Necati from whom I have heard this sentiment—most of the Turkish classical music purists I have met assert that the style sits at the top of the Turkish musical pyramid, even going so far to deem other, more popular and colloquial styles, such as Roma and Arabesque, not music at all. As someone who was experiencing many Turkish music styles for the first time and learning to differentiate between them at the same time, it's hard for me to understand why such musicians can't tolerate these other musical styles. It's one thing to not like a different style, but to dismiss it and its creators entirely because it's too low-brow? 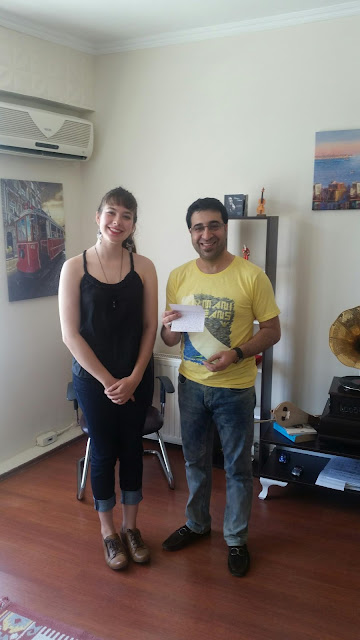 I was learning some Roma music with Baki, and also met Oktay Üst, a musician with the muscles and thick well-groomed mustache of a reformed pirate who was part of the well-known Black Sea music ensemble Karmate. He now runs a cafe-cum-instrument workshop where he and his friends play music outside on the street daily. I was at the cafe with Egesu marveling at Oktay's incredible command over the kemençe, an instrument with a simple appearance he was using to crank out the most elaborate melodies and rhythms at lightening speed. At Egesu's urging, as I was fairly nervous to approach the guy, I went up to introduce myself and ask if he would be willing to show me some Black Sea music. "Come anytime—we are always here." I went a few nights and did my best to keep up with Oktay—until I insisted he slow down and sing the basic melodies of what he was playing, I could barely pick up the tune. Beyond the complex rhythms and even more dense ornaments that render simple melodies in perpetual motion, it didn't help that the kemençe is tuned in fourths, rather than fifths like the violin. (After I retuned my violin to match him things got a lot more entertaining.) While I definitely have so much to learn in Turkish classical music, I wish I had spent more time, or just had longer, to focus on Roma and Black Sea traditional music styles, which are radically different (and more energetic and engaging in many ways).


I wrote last time about having a fantastic time going to concerts and events with Egesu, an electric guitarist and music conservatory student. Spending time with him has been one of the great, if not greatest, highlights of this year. As we spent more time together, it felt like I had met someone I had already known for years. In my last month in Istanbul we went to countless astounding concerts, went hiking and swimming with non-stinging jellyfish on the island of Büyükada, got cheesy temporary tattoos of each other's name, cooked at home and went for midnight coffee, met his friends and mine, tried out what seemed like every breakfast place in my neighborhood, argued about capitalism and John Cage and Mozart...Saying goodbye was heartbreaking, but it's not farewell, as we are already making plans to reconvene in the months to come.

Thank you, thank you, for sharing the time we had with me—after everything in this year, I look back on our time as my fondest memories. The concerts we saw, the fortunes we told in coffee cups, the evenings we sat by the sea, the cooking and dances we attempted, the songs we made up...these memories are precious and I treasure them. You put me at ease, make me laugh until I think I'm going to explode, make me feel alive and excited, and every time I see you I am profoundly grateful. I am waiting for that bright day, not too far from now, when we'll meet again. 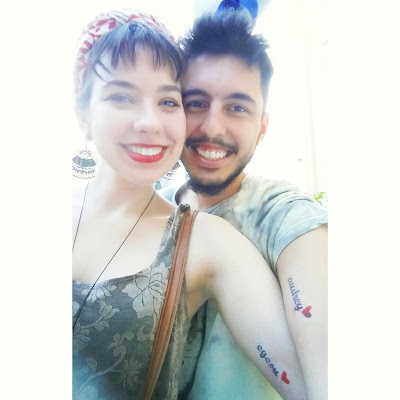 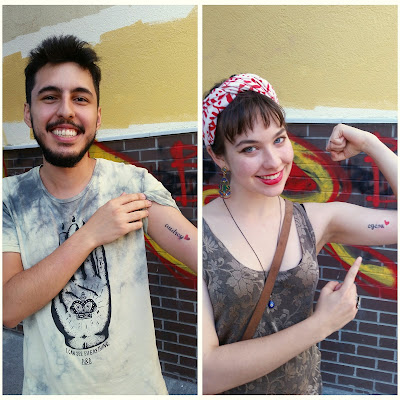 There's now a little over an hour and a half left before my homecoming. It's going to be a shock, I know. I stopped over in London last night before taking my flight today and was struck that I could comprehend the conversations happening around me for the first time in many, many months. What a luxury! At the same time, as I said before I feel drained by this constant state of flux I have been in for the last week (and perhaps the last year). Especially recently, there have been moments where I'll see something random that triggers my mind and I have a visceral flashback to a completely different place—for instance, something on the street in Istanbul will mentally transport me back to Bali. At times I can feel the presence and impact of the teachers and friends from each place where I have spent time this year, and perceiving that connection is a sensation both incredible and overwhelming. Remembering huddling under blankets in my dreary room in Western China one moment and then thinking of the long hot days spent in the studio of my rebab guru in Bali the next is almost too much to bear or comprehend. It feels like I've been in completely different worlds and lived completely different lives--and to a large extent that's true. Some of my "lives," or perhaps adaptations, in the places I spent time this last year were smoother than others, but regardless I found some way of "being" in each place. What it all means, where it's all going, I really don't know. That's going to take some time. It's all going to take some time.