Let me tell you who I was one year ago. 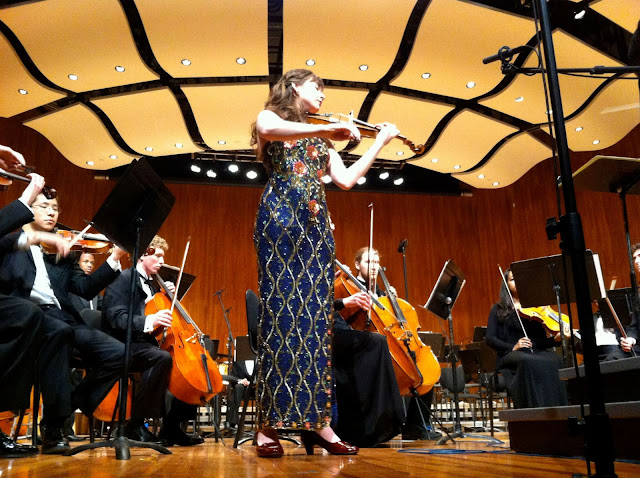 I'm a classically trained violinist. I've spent hours every day for the last fifteen years practicing major and minor scales and etudes as well as playing in orchestras and chamber music groups, all with the goal to make Mozart sound delightful and Beethoven dramatic. Everything I perform has been carefully rehearsed for hours to ensure bow direction and articulation is synchronized across whatever ensemble I'm playing with. I have been the concertmaster of the MIT Symphony for all four years of college, and now a soloist with the orchestra, so there's an added pressure and thrill to lead the group and perform with precision.


I'm Type-A, and so at the same time, I'm balancing my music major with my other political science-oriented major in East Asian Studies. I'm taking too many classes, trying to do well enough in macroeconomics and number theory to get Phi Beta Kappa and magna cum laude while publishing papers on the rights of overseas Filipino Workers and linguistic variation as a result of social media censorship in China. I have worked overseas for a media organization, and my longterm goal is to become an Asia-based foreign correspondent for a major news outlet. To this end I obsessively make to-do lists, plot my daily schedule in ten minute increments, and chronically, neurotically, strategize how I'm going to do well enough in my classes to ensure I achieve my goals in college so I can succeed at life.


It was at this point that I was selected to be a Watson Fellow. My college advisor, a faculty composer at Wellesley, was one of the first Watson Fellows years ago, and later the director of the Foundation, and from my first year at Wellesley he regularly suggested I consider applying. He is one of my closest confidantes, and so I took his advice to heart, after discussing potential project ideas, proposed a project around manifestations of musical multiculturalism, the subject of my senior thesis. Still, I had no idea what my day-to-day life on a Watson would look like, and having lived abroad before myself and also spoken to Watson Fellows who warned of chronic miserable loneliness, it would be an understatement to say I wasn't keen on the prospect of showing up in Indonesia, violin in hand, riding on the hope that I would find some way to fill my time. 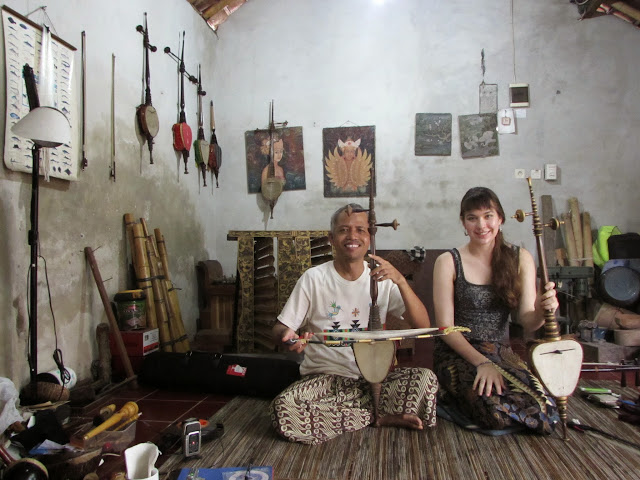 He's a fifty year old man who is a literal guru, one of the few masters of Balinese rebab, an instrument made from a coconut that, with its loose tension strings and fluctuating pitch, sounds a little like a cat in pain--that is, if you can hear it over the throng of gongs, drums, flutes, and metallaphones that also make up the gamelan musical ensemble. Sanglah is the happiest person I've ever met, and likely ever will. We meet every day in his studio, which is open to the family temple and the chickens that run around it. It's also overrun with tokke lizards that live in the thatched roof and occasionally fall on the floor with a big splat. I stay there for at least three hours a day, but usually more like five, during which time he plays a slow, repetitive, tuneless melody that really doesn't sound so different from yesterday's. Nothing is written down, and I try to mimic his fingers until the patterns saturate my mind long enough to stick. We will play this forty-five second melody nonstop for thirty, forty-five minutes, before we take a short break. He is a man of constant smiles, gratuitous high-fives, and catchphrases. On the back of each of his two hundred business cards he has handwritten the words: "Success is good. Happy is better. If you want be happy, be happy now." Early on in our relationship he discovered I liked the fruit juice he made from the trees in his garden. He exclaimed, "Student likes juice, and teacher likes juice?! We are so blessed."


He believed so strongly in me, and gave me so much of his time and energy, and as I progressed in my lessons the intervals came more naturally and I started recognizing the signaling of melodic patterns, getting better at anticipating how a melody would develop based on its rhythms and internal phrases. At the same time, I am meeting other local and foreign musicians, who, as soon as they discover I am a violinist, invite me to jam, collaborate, perform with them. It is terrifying at first, because there is no structure, no notes written down, but I get in the habit of saying yes to everything, no matter how far-fetched it seems. Recording session for Kailash Kokopelli, Native American flute playing Swedish sound healer? Of course! Music festival with Hawaiian shamaness who is a self-proclaimed channel for Gaia the Divine Mother? Why not! Improvisation on Frank Sinatra's "Fly Me to the Moon" with a bunch of self-taught Balinese jazz musicians? Terrifying, but I'll try anything once. I make friends with a bunch of local Indonesian musicians, and we start playing nightly concerts all over the island--bars, cafes, art collectives, festivals...They have tremendous faith in themselves and the universe, and constantly tell me to stop worrying, that there's no rush. After a certain point, I stop being so worried about messing up the music, about sticking to some predetermined plan--and instead of feeling inhibited I start to be creative and have fun. I even start to write and improvise and perform my own music, using the musical traditions I have been learning up to that point--a totally foreign concept for this classically trained violinist, I'll remind you. People see me on the street and know me as "the violinist." It feels like instead of competition there is encouragement among this artistic community, and for the first time ever I have permission to get completely out of my comfort zone. 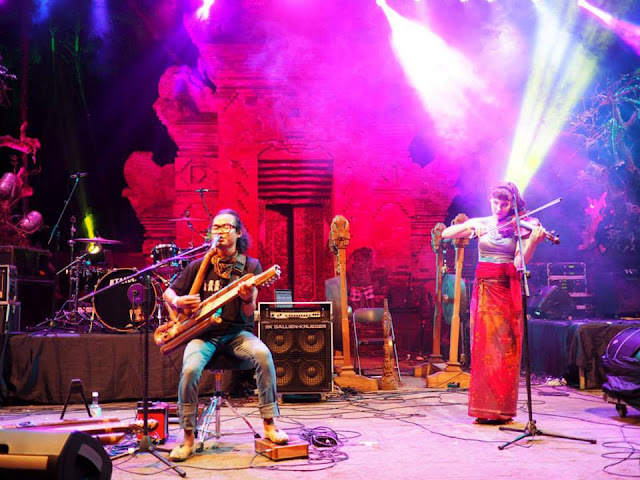 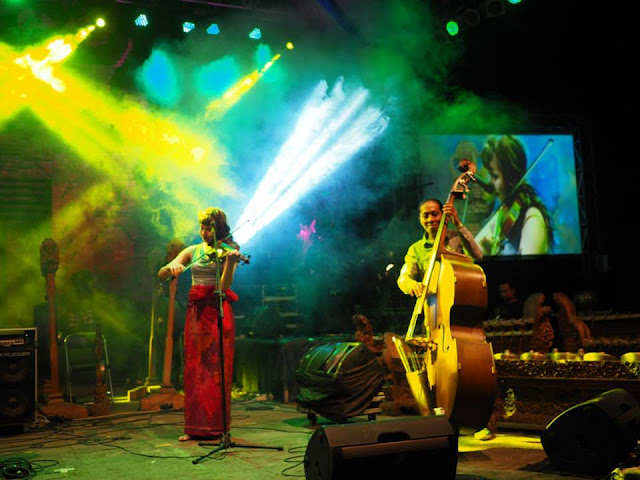 I don't have time now to tell you about sleeping on the street during the Hong Kong pro-democracy protests, about going on tour with internationally-acclaimed cellist Yo-Yo Ma and the Silk Road Ensemble, cockfighting on Silent Day in Bali, learning Turkish classical and Roma and Black Sea music in Istanbul.


Instead, let me tell you about who I am now and what I've taken from this year. 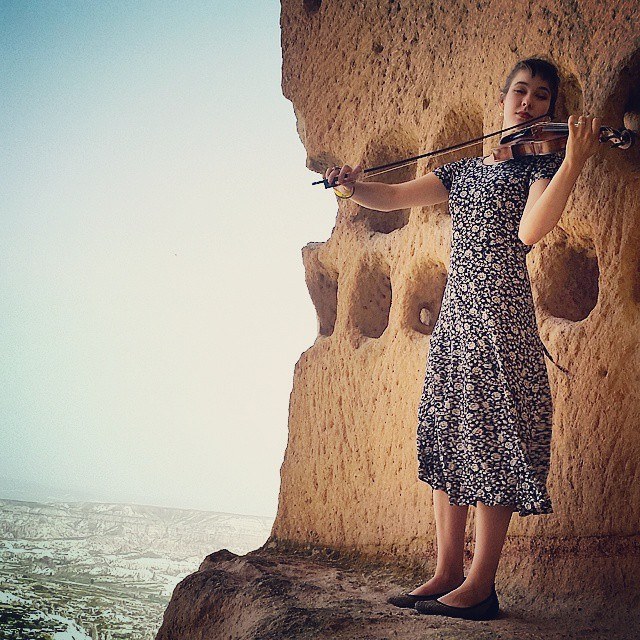 The most obvious thing I've taken from this year was accomplishing my project. I set forth with the self-assigned, albeit abstract, mission to witness and learn about many ways multiculturalism can manifest itself in local musical traditions. In this last year, I've had the opportunity to play with hundreds of musicians and speak with hundreds more, perform many dozens of concerts in formal and informal venues alike, and been exposed and come to love and play musical instruments and styles I didn't even know existed a year ago. In that same vein, my definition of what makes music, and what makes a musician, has radically evolved from the definition I started with as a western classical musician a year ago.


At the same time, the pace of life I set for myself has been completely transformed as well. In the places I've lived in this last year I found so many people that make more time for one another, and give so much of themselves. If you meet someone for afternoon tea in Turkey, you'd best not make evening plans because you're probably going to be invited for dinner, and possibly breakfast the next day, too. I was constantly amazed by the generosity and patience my teachers, friends, and random strangers showed me in this year, and that's something I want to continue to emulate going forward.

Similarly, my Watson Fellowship project gave me permission to reach out to people for help and advice. It became easier and easier to meet new people and put myself in situations that risked embarrassment because I knew the potential reward of a meaningful relationship, or at least a story for my blog, would be worth it. I made incredible friends and had mind-blowing musical opportunities as a direct result of casting a wide net, taking a chance, and trying to reciprocate offers of help whenever I could. I could tell you a thousand stories about the unlikely circumstances that led to me befriending an onion farmer on a volcano or traveling to Anatolian caves with the Willie Nelson of Turkey, but I'll save those for another time, and plan to keep having more.


The one thing I thought I would take from this year that still has yet to come is clarity about the future, where I go from here. I kind of thought that after a year of percolation, the answer about "where's this all going" would pop out right on time. Actually, after a year of meeting so many people from all over the world who approach life and music in vastly different ways, it seems I have less of an idea about what I'm doing with my life and skills than I did before. On the flip side, I'm more aware of the world of possibilities that are out there, and more assured that if I continue to be open to that world of possibilities I'll find a way to thrive in it.


What I do know for sure is that I am profoundly grateful for this opportunity, which has been truly and significantly transformational. Thank you, thank you, so much. 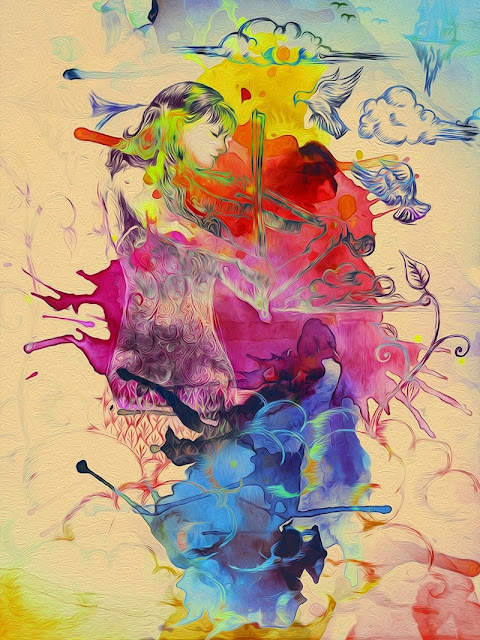